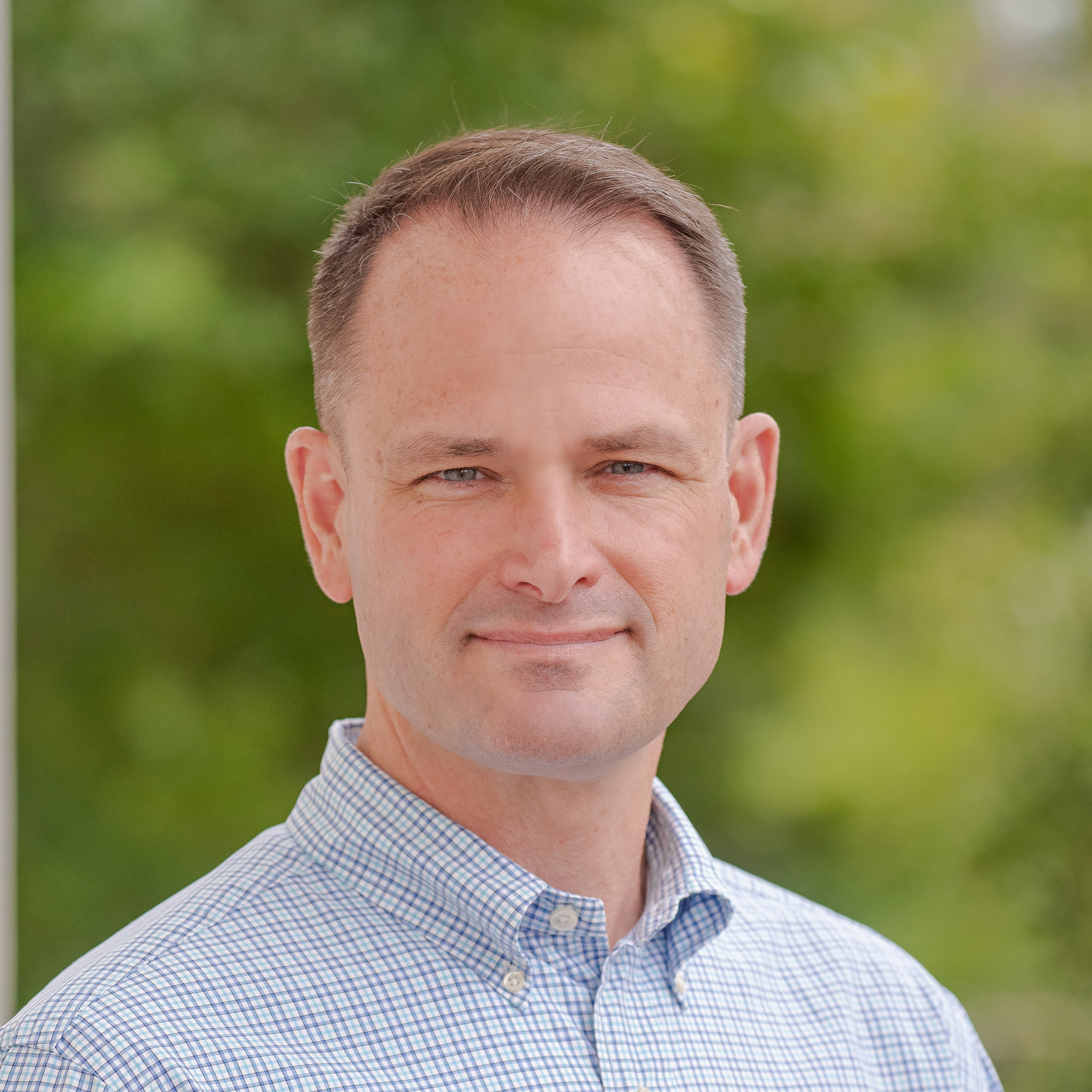 Ben grew up in Marietta, GA with loving Christian parents who took him to church. Ben married his wife, Amy, in 1991, after graduating from Auburn University. He and Amy have seven children. Ben trusted Christ and was baptized as a believer at age 13. As an adult, he witnessed firsthand the blessings of joining a healthy local church, hearing God’s Word preached, sung and prayed in such a way that it changed his life completely. Ben and Amy joined Mount Vernon in 2011. Since then, he has served as a teacher to both children and adults. Dustin grew up in Lampasas, TX. He became a Christian as an undergraduate at Angelo State University. After college, Dustin spent a year working as a math teacher and then attended Southern Seminary in Louisville.After seminary, he spent two more years teaching math before moving to Atlanta and taking a grant administrator position at Georgia State University. Dustin joined the MVBC staff in March 2014. He and his wife, Jaime, have been members of Mount Vernon since 2011. They have three sons: Nathaniel, Timothy, and Daniel, and a daughter, Annie. 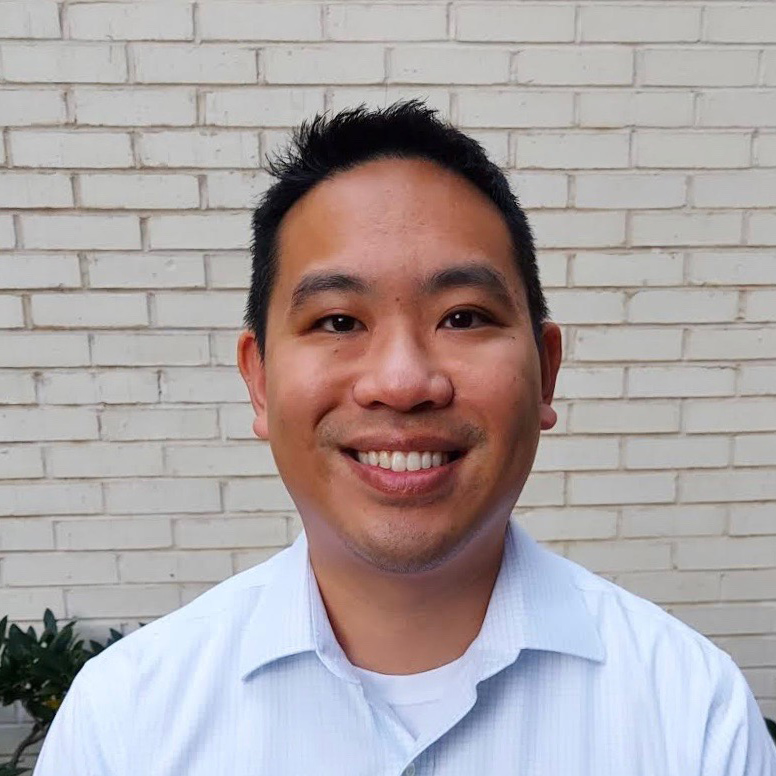 James grew up in Syracuse, NY.  He was blessed with faithful parents who shared and modeled the gospel from his earliest memory.  James became a Christian at an early age, was baptized as a teenager, and is trusting that He who began a good work will bring it to completion.  Since graduating from Duke University and receiving an MBA from the Kellogg School of Management, James has worked in management consulting and corporate strategy.  He married Ashley in 2014 and they have 2 daughters, Lauren and Lindsay.  Since joining MVBC in 2015, he has served as a teacher and covenant group leader. 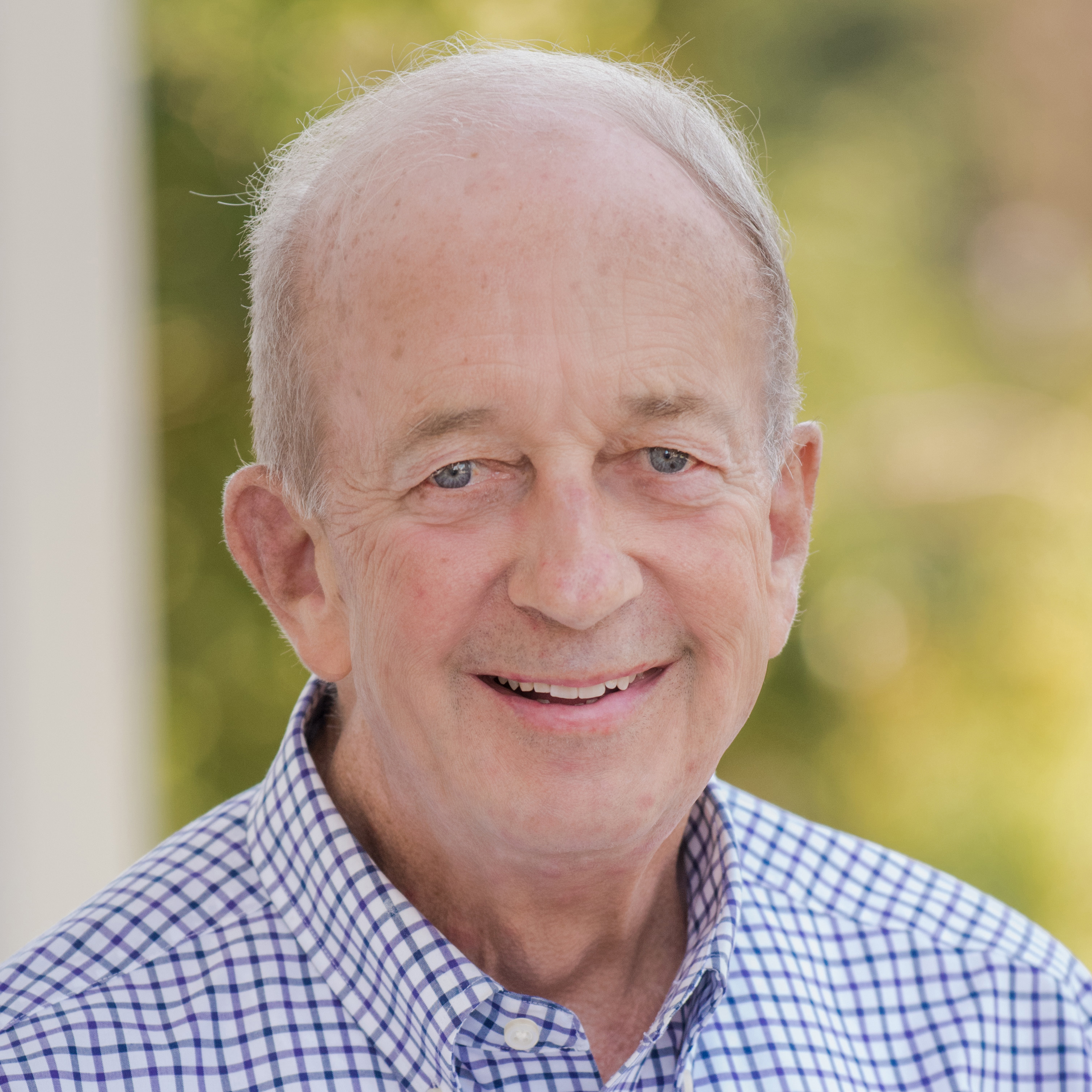 Jim grew up in Atlanta and came to faith in Christ as a college student through the ministry of Campus Crusade for Christ. He and his wife Connie have been married 50 years and have five children and seventeen grandchildren. He has been a member of Mount Vernon since 1999. Since joining, he has served as an adult Sunday school director, a teacher, and he formerly served as the elder chair. 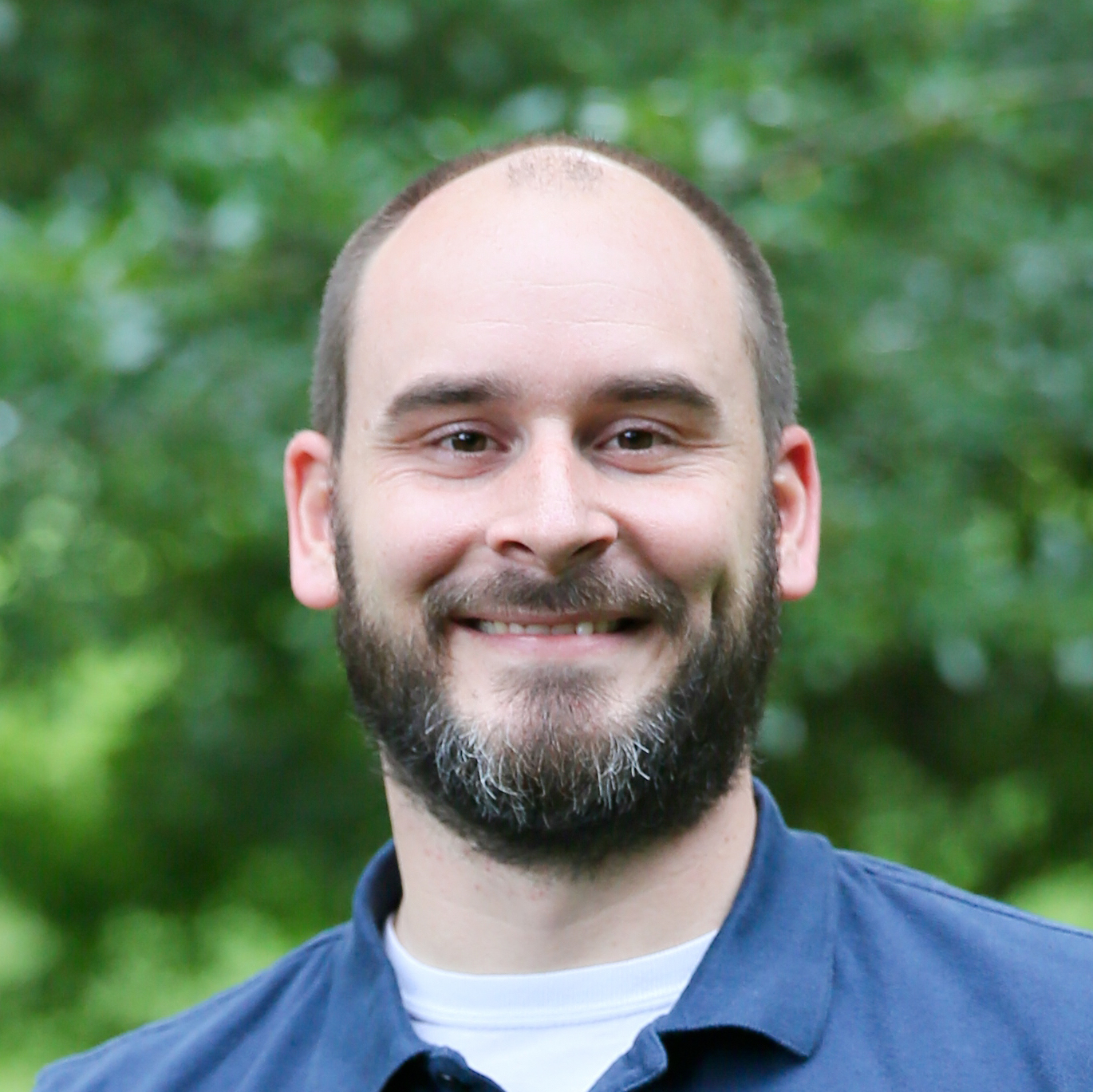 Chad’s parents were faithful to share the gospel with him throughout his childhood. Through their witness, and the faithful ministry of the local church, the Holy Spirit convicted Chad of his sin and need for Christ. He received a B.A. in Comprehensive Bible from Cedarville University where he met his wife Jennifer. Upon completion of a Masters of Divinity from Southern Seminary in 2007, the Lord called Chad to serve on staff at a church in Cumming, GA for over 8 years until the Lord brought him to Mt. Vernon. Chad and Jennifer have 5 children: Collin, Ainsley, Elijah, Noah, and Hannah and have been members at Mt. Vernon since the summer of 2016. 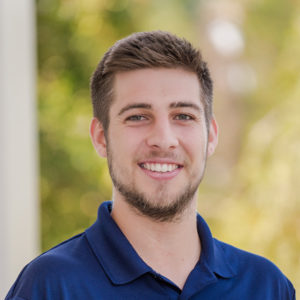 Kalep grew up in Raleigh, North Carolina and was raised in a Christian home. He believed and was baptized as a middle schooler, but began closely walking with God his senior year of high school after gaining a deeper understanding of his own sin and God’s grace in Christ. Kalep met his wife Katrina in grade school, and they were married in 2016 shortly after moving to Atlanta and joining MVBC. They have one daughter – Avery. 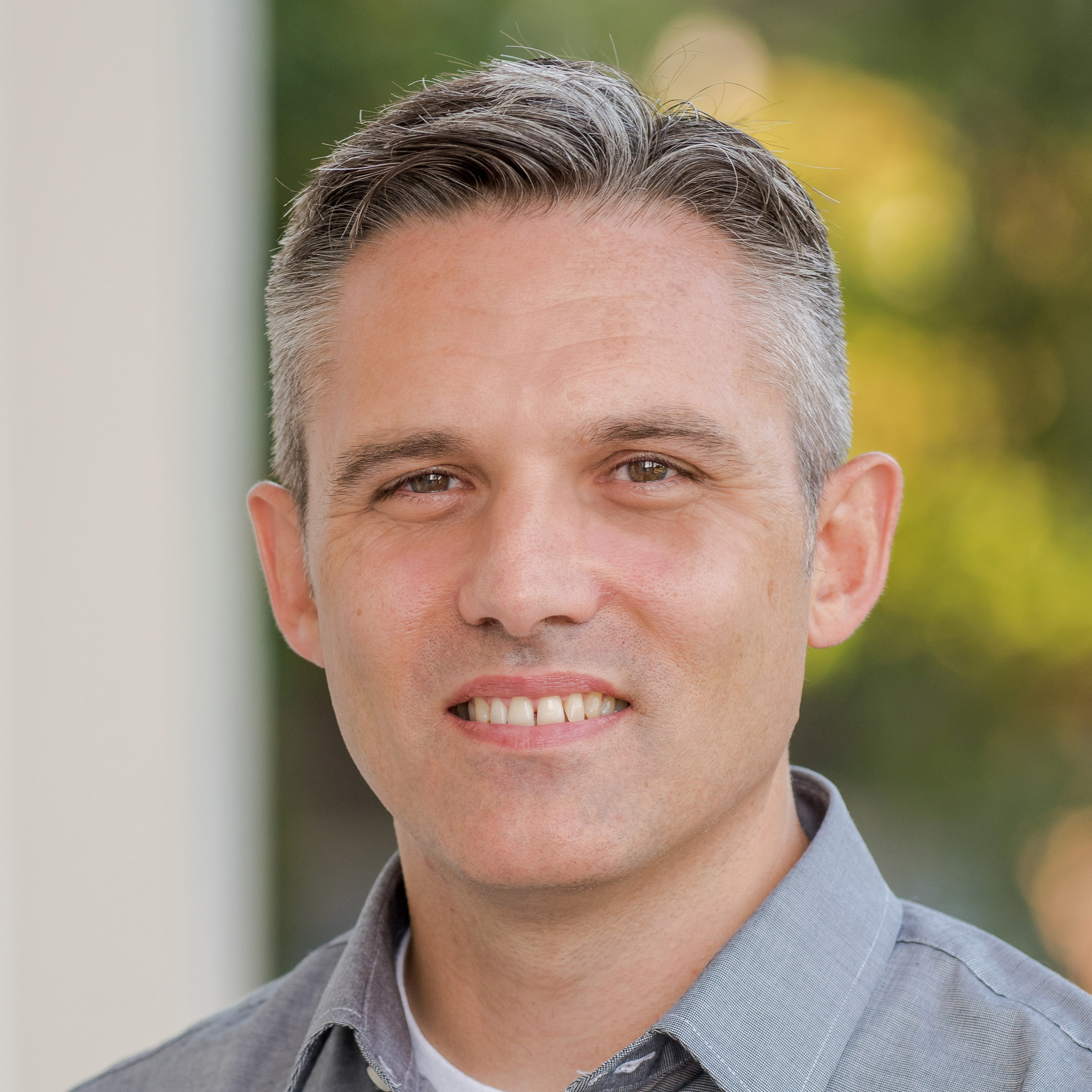 Aaron and his wife, Deana, came to Mount Vernon in June 2008. They have four children: Rachel, Jonah, Natalie, and Tori. They moved to Atlanta from Louisville, KY after Aaron completed his Masters of Divinity in Biblical and Theological Studies and his Ph.D. in American Church History from Southern Seminary.

He is the author of Politics and Piety: Baptist Social Reform in America, 1170-1860 (Pickwick, 2014), and has contributed several articles to 9 Marks, The Gospel Coalition, Christianity.com, and the Kairos Journal. He is a visiting professor at Reformed Theological Seminary (Atlanta).

Aaron is the organizer and host of Feed My Sheep, an annual conference for pastors and church leaders in the Atlanta area. He also serves on the administrative team of the Greater Atlanta Baptist Network where he leads a monthly pastors fellowship. 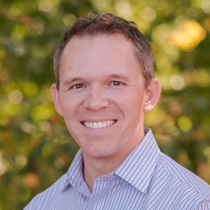 David grew up in Atlanta with parents who believed it important to be in church every week. Though baptized at 11, the Lord truly opened his eyes to the gospel and saved him when he was 14 while on a Christian retreat. Throughout high school and college David grew in the knowledge of God and His Word through various pastors and teachers. He was baptized as a believer his senior year of college. He married Charity while in medical school in 1998, and they have four children: Zachary, Emma Grace, John, and Benjamin. Since coming to Mount Vernon in 2012, David has served as a teacher and worship leader. 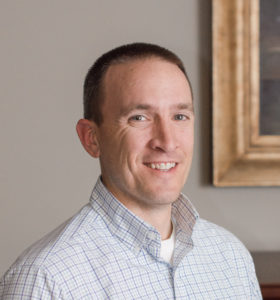 Scott was born and raised in a Christian home in Tucker, GA. His father served on the pastoral staff at their church in Decatur. It was during the spring of 1983 that God worked in his heart, and Scott came to fully understand Jesus’ sacrifice on the cross and what it meant to repent and believe. He professed faith and was baptized. After graduating from GA Tech in 1997, Scott began investing in the lives of young people in his church, teaching a college Sunday School class and working with the Youth Ministry. Scott married Joy in 2005, and they have 5 children: Jack, Joshua, Joseph, Jaynie, and Jordan. They joined Mount Vernon in 2008. Brad is from Morristown, a small town in East Tennessee. He was raised in a Christian home. He graduated from Boyce College with a Bachelor of Arts in Biblical Studies in 2006. Prior to receiving his B.A., he completed an A.S. in Agricultural Business from Walter State Community College. He and his wife Candace were married in 2003 and have four children: Olivia, Eva, Nadia, and Greyson. Brad serves as the Associate Pastor/Administration overseeing the church’s operations, finances, facilities, and other general pastoral duties. 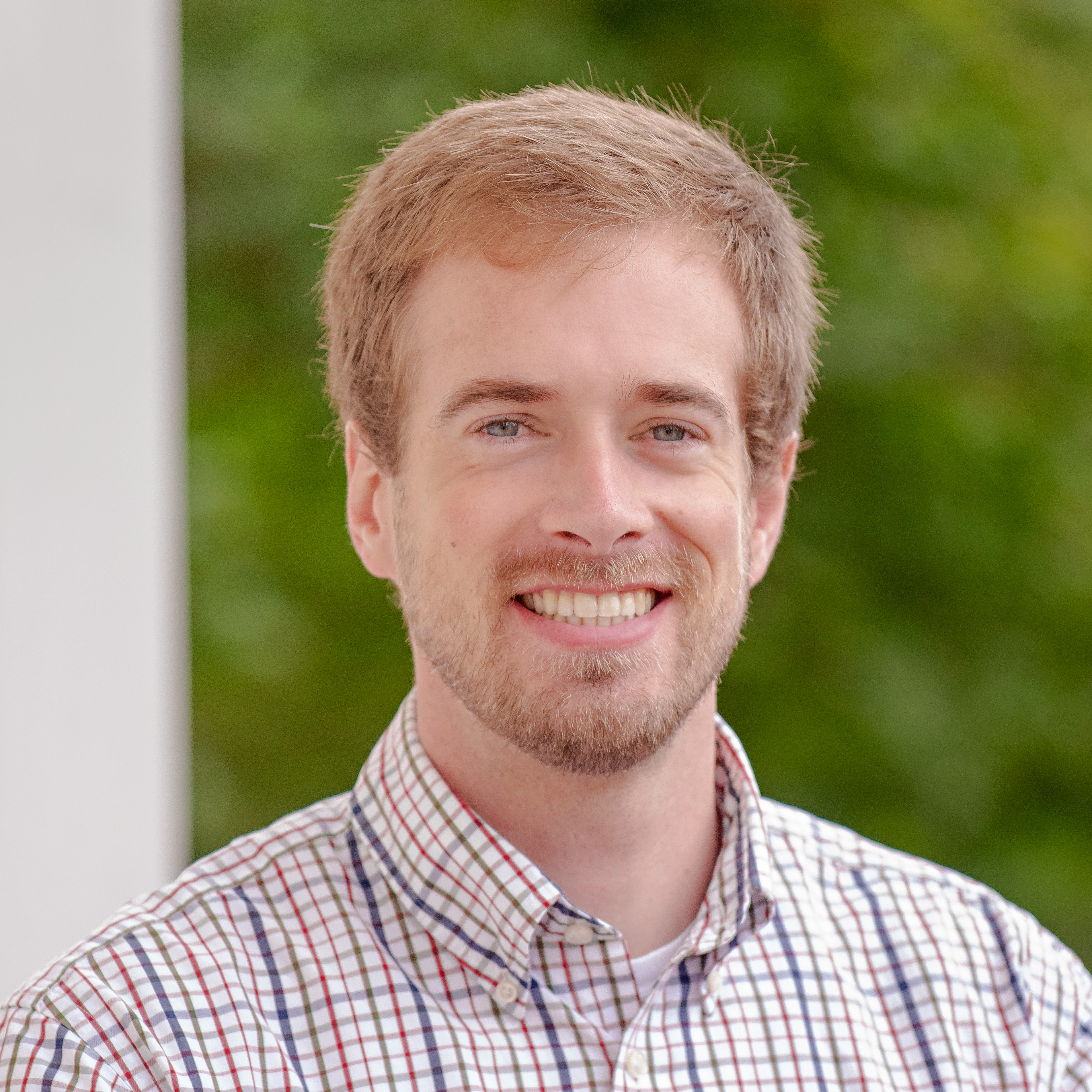 Jeffrey is from Sandy Springs. He was raised in a Christian home. He graduated from The Southern Baptist Theological Seminary with a Master of Divinity in 2018. Prior to receiving his M.Div., he completed a Bachelor’s degree in Finance and International Business from The University of Georgia. Jeffrey is currently working on a Ph.D. in Old Testament from The Southern Baptist Theological Seminary. He and his wife Jaynie were married in 2017. Jeffrey serves as the Assistant Pastor/Missions and oversees the church’s missions, evangelism, and service of other churches. 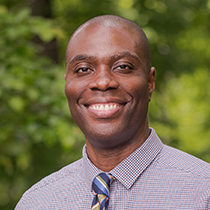 Dane was born in Jamaica and migrated to Miami for college when he was 17. Growing up, he attended church regularly with his mother and siblings, but he was not a Christian. He knew of God but did not know him intimately. As an adult, God saved him while attending a Sunday School class taught by Pat Riley at Hebron Baptist Church. After this, Dane grew in knowledge of God and his Word through daily Bible study and preaching from various pastors and teachers. He married Tina in 1999, and they have two daughters, Tristen and Ryenne. They have been members at MVBC since 2013 and Dane has served the church as a teacher of adult Sunday School and Equipping Matters. He has a passion for discipling and a love for God and his Word. 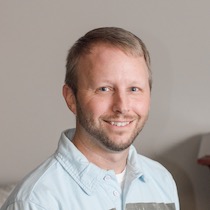 Kevin grew up in the small town of Elberton, GA. He was blessed to grow up in a Bible-believing household. Kevin became a Christian his Senior year of high school. He went to the University of Georgia and graduated in 1995 with a degree in Risk Management. Kevin moved to Atlanta in 1996 to begin work with a large insurance company. He joined MVBC in 1998. By God’s grace, Kevin’s faith was deepened through a Systematic Theology class at MVBC. He has served as a teacher, Covenant Group leader, and is actively involved in the children’s ministry. Kevin is married to Leyna and they have three children: Braeden, Molly, and Reed.